There are 2 types of Lookup, Data Lookup and Element Lookup.

How to Set up

Navigate to the forms builder, in the elements details there are the 'Enable Data Lookup', and 'Enable Element lookup' switchs.

Once a switch is activated you will be need to add a Lookup Source.

This can be either a custom URL or OneBlink Hosted API route. 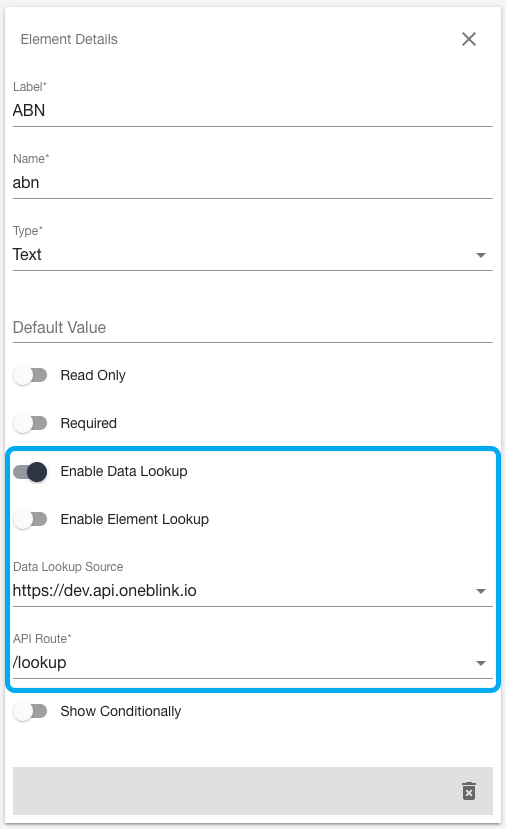 Now the element will include a lookup button.

This will be disabled until the input contains a value.

The Data Lookup feature allows form elements to be populated dynamically based on the values of other elements.

For example, I want to type just the ABN of a business and have the rest of that businesses information automatically populate based on that specific ABN.

When the lookup button is clicked the form submission data is sent to the Lookup Source which dynamically populates the other configured form elements. 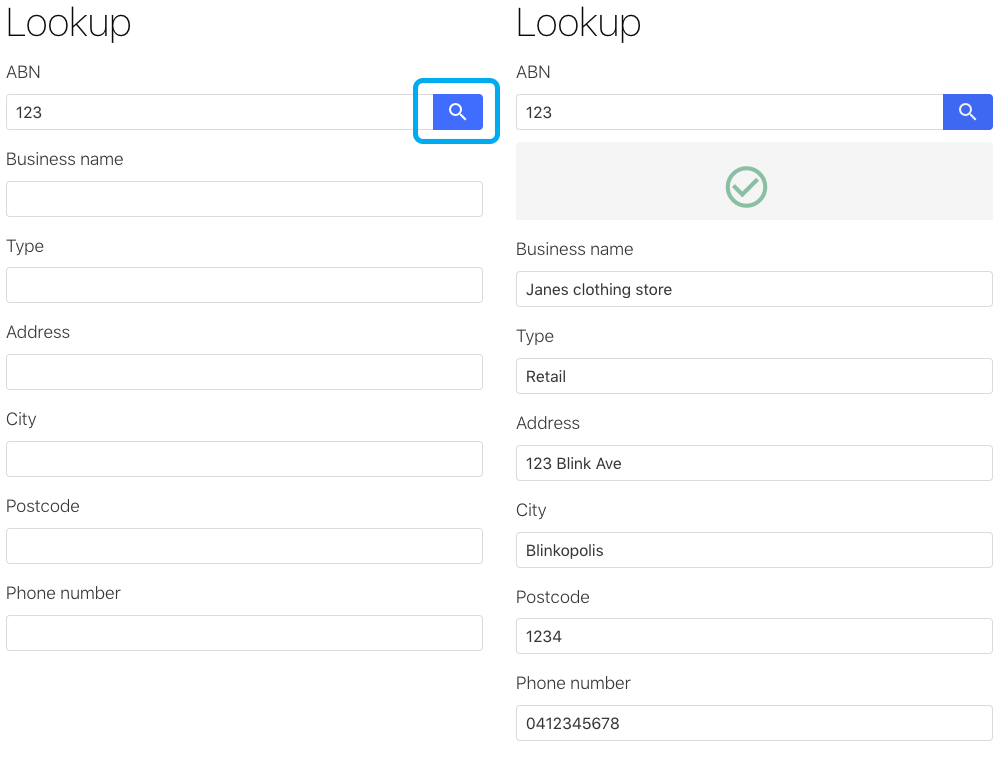 The Element Lookup feature allows the form to be populate dynamically with elements based on the value of another element.

When the lookup button is clicked the form submission data is sent to the Lookup Source which dynamically populates the form with the configured elements.

Lookups can be run automatically. If a lookup includes default or pre-populated data, the lookup will automatically run when the form initially loads.

You are also able to add your own unique error messages.

These are configured in the API.

Due to the lookup calling an external endpoint this functionality will only work while online.

For information on creating your own lookup API, check out our Server CLI examples.

B
Blake is the author of this solution article.